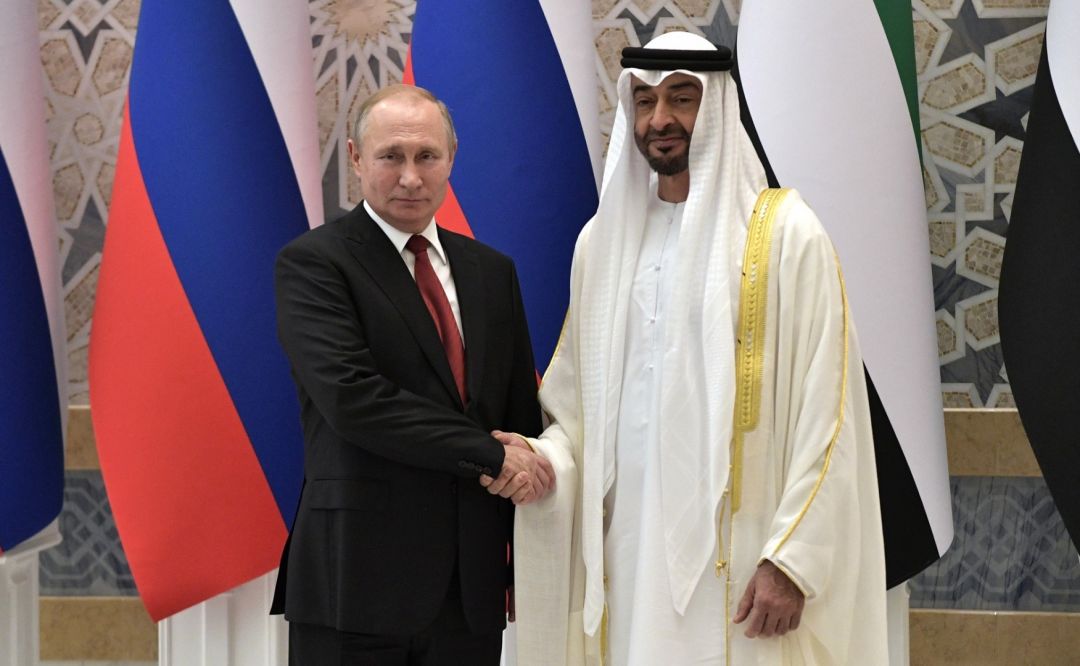 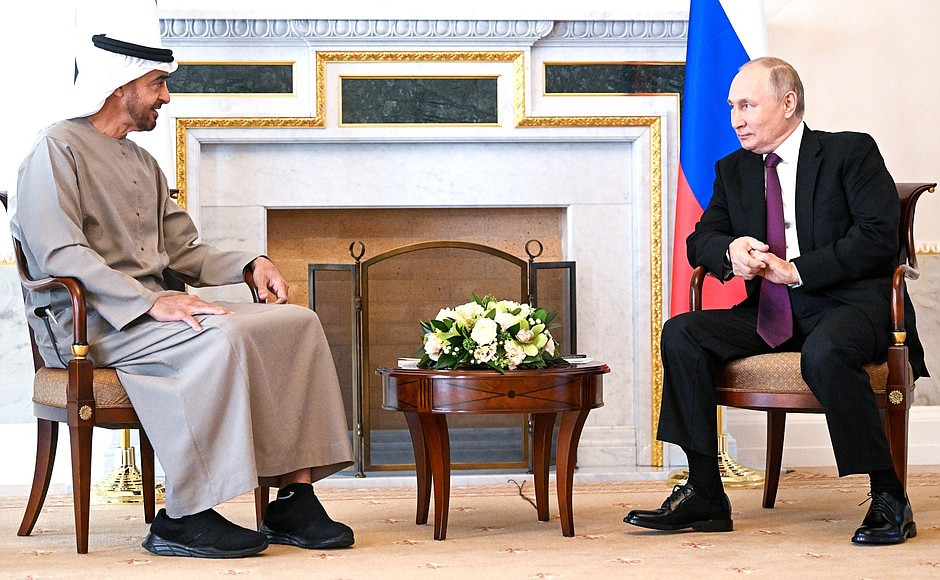 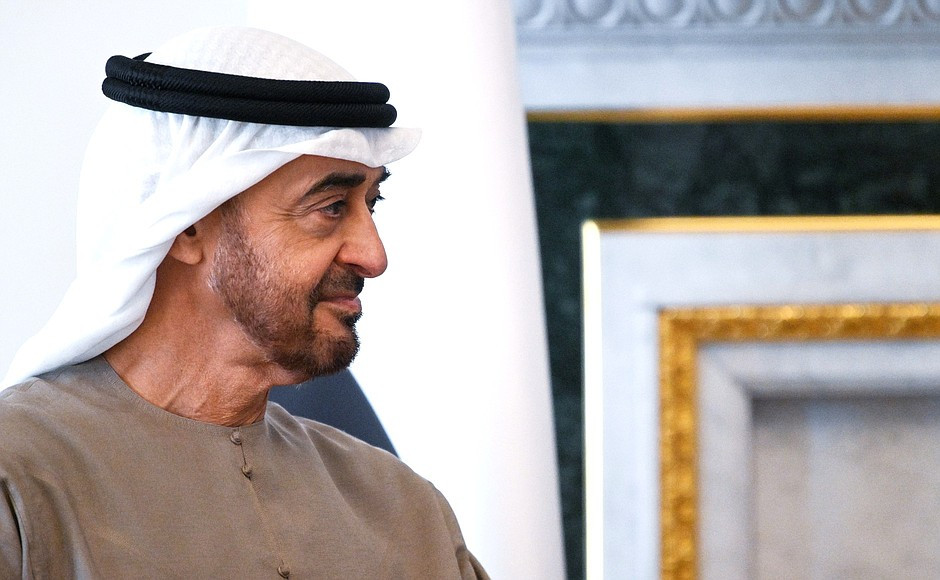 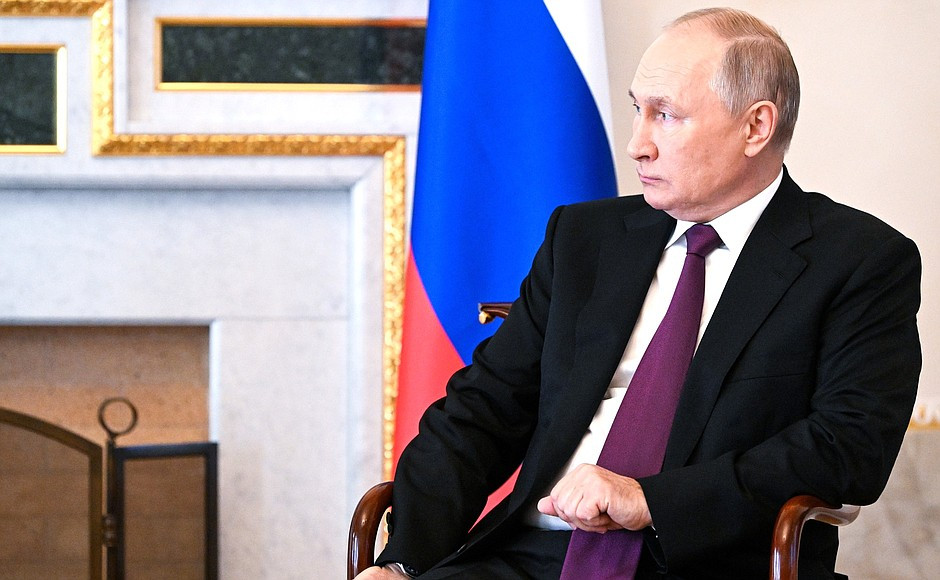 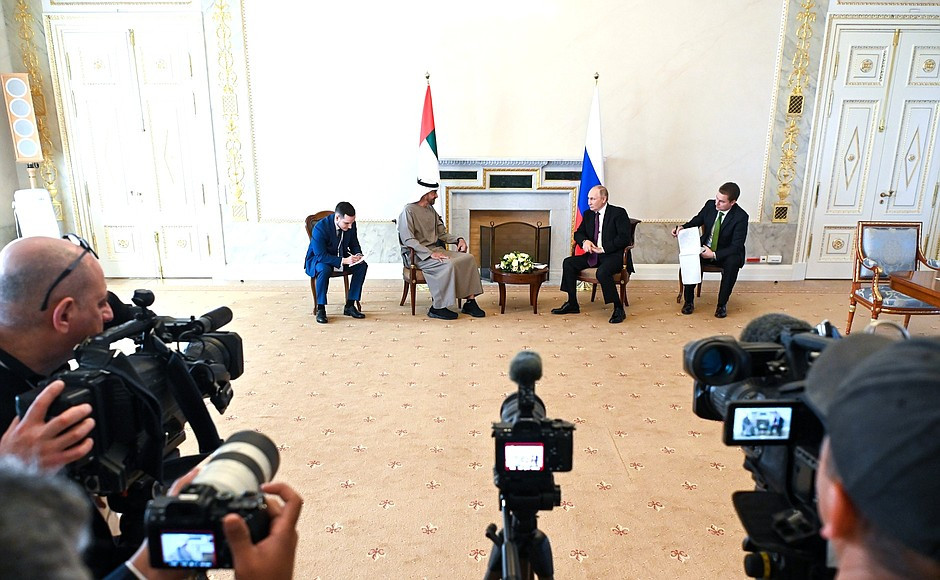 On October 11, President of the United Arab Emirates Sheikh Mohammed bin Zayed Al Nahyan met with President of Russian Federation Vladimir Putin. The talks of the heads of state took place in St. Petersburg in a one-on-one format and were devoted to a number of regional and international issues.

It was the first visit of Sheikh Mohammed bin Zayed Al Nahyan to Russia as President of the United Arab Emirates. He was elected as UAE's ruler in May 2022 after the death of his elder brother Khalifa bin Zayed. Sheikh Mohammed had previously visited Russia 11 times in various capacities and hosted Russian President Vladimir Putin in Abu Dhabi in 2019 on behalf of his brother.

During the meeting in St. Petersburg, Vladimir Putin said that relations between the UAE and Russia are an important factor of regional and overall global stability, despite the "complexity of today's relations."  He expressed gratitude to his counterpart for the mediation efforts of the UAE, which lead to the resolution of a range of sensitive humanitarian issues.
Vladimir Putin noted that relations between Russia and the UAE are developing successfully.

"Last year, trade turnover soared by 65 percent, and this year, despite all the difficulties, the growth continues - not as much as last year, but nevertheless trade volumes have expanded by 17 percent," the President of Russia said.

During the public part of the meeting, Vladimir Putin also mentioned the joint work with the UAE within the framework of OPEC+. Last week, this organization decided to reduce production output by 2 million barrels of oil per day.

Our actions aim to stabilize global energy markets, so that consumers of energy resources and those extracting and supplying them to global markets would feel calm, stable, and confident, and so that supply and demand would be balanced. We therefore respond to market requirements all the time, and we try to do this in line with current developments", Vladimir Putin said.

His counterpart, Mohammed bin Zayed Al Nahyan, for his part, confirmed that relations between the two countries are developing steadily.

"We have achieved a lot: our trade grew from 2.5 billion to 5 billion USD. And we welcomed about half a million tourists from Russia: this is what we have achieved thanks to Russia’s assistance. There are 4,000 Russian companies working in our country. All this strengthens the bridge that connects us, the bridge of cooperation. I hope that in the coming years we will be able to significantly increase all these indicators," the UAE President said.

The Embassy of the United Arab Emirates stated that the visit of the UAE President Sheikh Mohammed bin Zayed Al Nahyan testifies to the strong friendly relations linking the country with Russia. The UAE "believes in the need to maintain dialogue for the sake of strengthening and developing cordial relations that serve the interests of both countries," the diplomatic department reported.