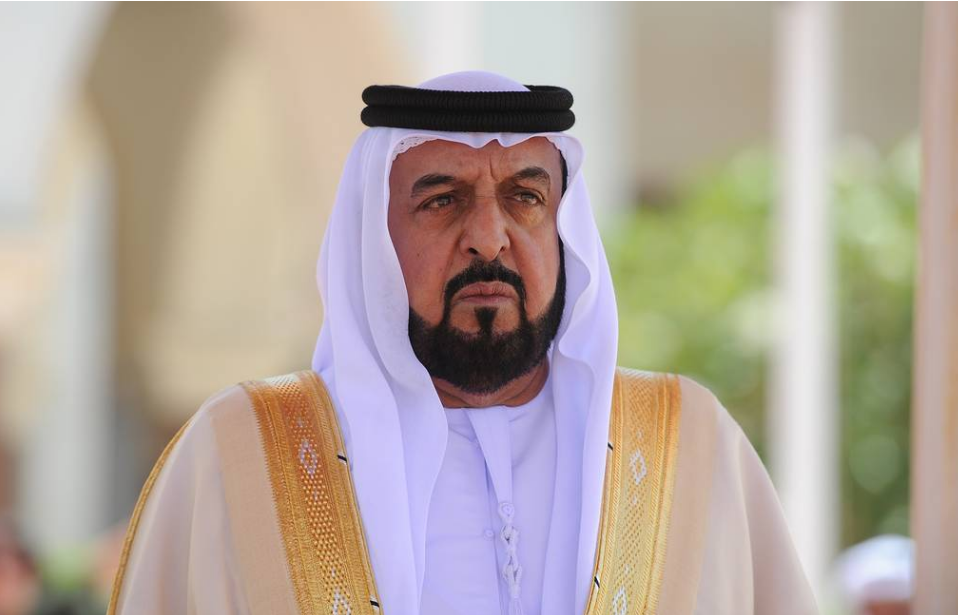 His Highness Sheikh Khalifa bin Zayed Al Nahyan, UAE President and Ruler of Abu Dhabi passed away on 13th May 2022 after a long illness. A statement issued by UAE Ministry of Presidential Affairs.

"The Ministry of Presidential Affairs expresses its condolences to the UAE people, Arab and Islamic nations and the entire world on the death of His Highness Sheikh Khalifa bin Zayed Al Nahyan, President of the UAE", - said in a statement issued to Emirates News Agency, WAM.

The Ministry also declared a 40-day national mourning, during which state flags will be flown at half-mast. All ministries, agencies as well as federal, local and private organizations will suspend work for three days.

H.H. Sheikh Khalifa bin Zayed Al Nahyan has been the UAE President and the Ruler of Abu Dhabi since November 3, 2004.

Born in 1948, Sheikh Khalifa was the second President of the UAE and the 16th Ruler of Abu Dhabi. He was elected to succeed his father HH Sheikh Zayed bin Sultan Al Nahyan who was the first President of the UAE since the formation of the country in 1971 until his passing on November 2, 2004.

Under his rule, the United Arab Emirates witnessed accelerated development that ensured a decent life for millions of UAE citizens.

Since his election as President, Sheikh Khalifa has launched his first strategic plan for the UAE government to achieve a balanced and sustainable development, putting the well-being of the citizens and residents of the UAE at the forefront.

His key objectives as the President of the UAE were to continue on the path laid down by his father, Sheikh Zayed, whose legacy, according to him, "will continue to be a beacon guiding us into the future, into a prosperous future where security and stability will reign."

Sheikh Khalifa led the development of the UAE oil and gas sector and processing industries, which successfully contributed to the diversification of the country's economy.

He made regular trips around the country to study the needs of the northern emirates, during which he gave instructions on the construction of a number of projects related to housing, education and social services for the population.